King of Bohemia John the Blind 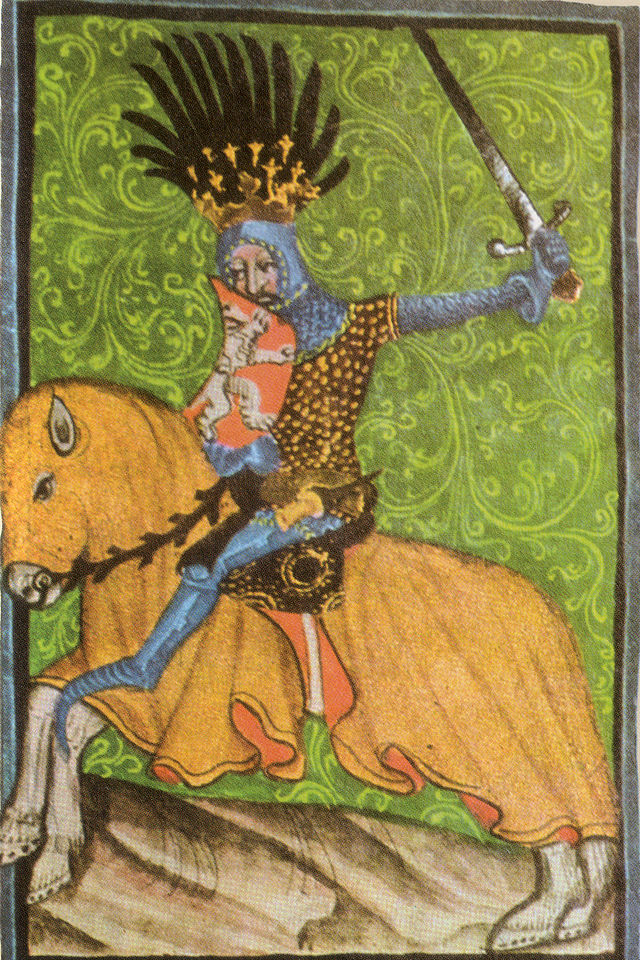 John the Blind (Luxembourgish: Jang de Blannen; German: Johann der Blinde von Luxemburg; Czech: Jan Lucemburský) (10 August 1296 – 26 August 1346) was the Count of Luxembourg from 1309 and King of Bohemia from 1310 and titular King of Poland. He was the eldest son of the Holy Roman Emperor Henry VII and his wife Margaret of Brabant. He is well known for having died while fighting in the Battle of Crécy at age 50, after having been blind for a decade.

Before he died in battle, he was reported to have said: "Let it never be the case that a Bohemian king runs [from a fight]!"